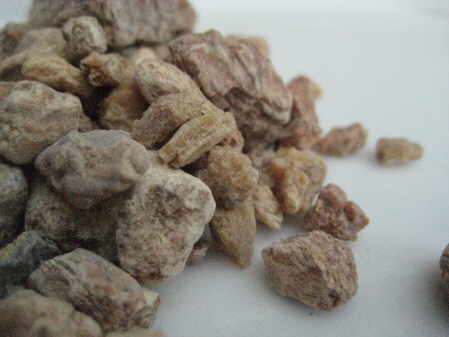 Pinus succinifera from which Crude Baltic Amber Lump Resin is obtained is a large and now extinct pine tree from which many modern trees owe their decendency.

This Amber Resin is from Scandinavia and the Baltic. Known also as Succinite it is also sometimes spelt Ambar and is known in the East as Kahruubaa.

The Ancient Greeks and Egyptians considered Amber Resin to be an important healing remedy for alertness and a sense of renewal. They called it Sun Stone believing that it was a direct connection to Helios and Apollo

In ancient Greece, Amber was called “electron”, the root of the word “electricity.” When rubbed this resin becomes electrostatic.

Regarded as a calming incense encouraging harmony and balance it is an eternally popular product, the essential oil from which is a popular choice in high end perfumes.

The origins of Baltic amber on particular are associated with the Lithuanian legend about Juratė, the queen of the sea, who fell in love with Kastytis, a fisherman. According to one of the versions, her jealous father punished his daughter by destroying her amber palace and changing her into sea foam. The pieces of the Juratė’s palace can still be found on the Baltic shore.

Heated above 200 °C, amber resin decomposes, yielding an oil of amber, and leaves a black residue which is known as amber colophony, or amber pitch. When dissolved in oil of turpentine or in linseed oil this forms amber varnish known as amber lac