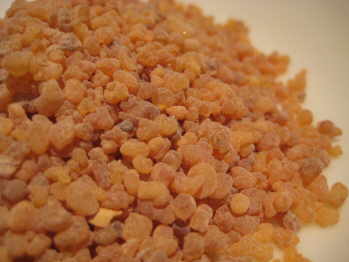 Frankincense Pearls are the most economical way to buy the product – they are pure Boswellia carterii “peas” but are harvested by deliberately scoring the trunk of the tree to force gum production.