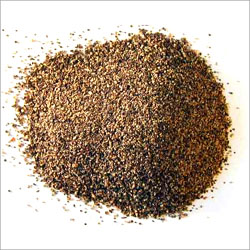 Green, white and Black pepper (Piper nigrum) are all products of the same plant but each is harvested and handled differently.

The berries grow in spikey clusters on vines that reach 30 feet or more. The vines are cultivated on small plots that must be tended to carefully. The vine is trained to grow onto support posts, regular weeding and fertilisers are mandatory and shade from the sun is sometimes necessary. They are finicky plants, subject to blight which stops them from being planted again in the same spot blight has struck.

The finest black pepper is said to be Tellicherry from India because they are larger and have the most flavour.