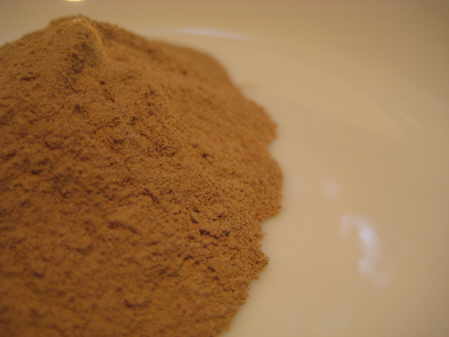 Carragheen Irish Moss Powder comes from a species of red alga which grows abundantly along the rocky parts of the Atlantic coast of Europe and North America. It can also be found in the Northern Pacific Ocean and parts of the Mediterranean.

Carragheen Irish Moss Powder is a major source of Carrageenan, which is commonly used as a thickener and stabilizer in milk products such as ice cream and processed foods including luncheon meat. It may also be used as a thickener in calico-printing and for fining beer or wine.

Carragheen Irish Moss Powder is frequently mixed with Mastocarpus stellatus (Gigartina mammillosa), Chondracanthus acicularis (G. acicularis) and other seaweeds with which it is associated in growth. Carrageenan and agar-agar are also used in Asia for gelatin-like deserts such as almond jelly.

Carragheen Irish Moss Powder is also a beverage popular in the Caribbean (most notably Jamaica), and is made by boiling the Irish moss for about an hour in water, and a flavouring, amongst which, Vanilla or Strawberry are popular, and then milk or sweetened condensed milk is added, or sometimes it is made flavourless and once the milk has been added rum and spices are then added. It is usually served chilled, is very thick and is sometimes thought to have aphrodisiac qualities. It is also now available ready made, tinned, such is it popularity.