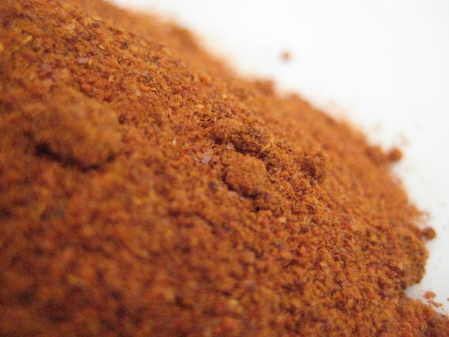 Cayenne Pepper is a hot red pepper and the name comes from the city of Cayenne in French Guiana.

Its powdered form comes from the fruit of several cultivated varieties of the Capsicum baccatum and Capsicum frutescens very closely related to bell peppers, jalapeños, paprika, and others. All are related species of the nightshade family (Solanaceae).

The fruits are generally dried and ground, or pulped and baked into cakes, which are then ground and sifted to make the powder.

Cayenne is used in cooking spicy hot dishes, as a powder or in its whole form (such as in Szechuan cuisine). It is generally rated at 40,000 to 90,000 Scoville Units. It is also used as an herbal supplement, and was mentioned by Nicholas Culpeper in his Complete Herbal.

Additionally, Cayenne has many beneficial medicinal qualities. Cayenne is a traditional treatment, as well as modern, most notably for the pulmonary and digestive systems.

The potent, hot fruit of cayenne has been used as medicine for centuries. It was considered helpful for various conditions:

Diseases of the Circulatory System: It is still traditionally used in herbal medicine as a circulatory tonic (a substance believed to improve circulation).

Rheumatic and arthritic pains: Rubbed on the skin it causes, what is termed as, a counterirritant effect. A counterirritant is something which causes irritation to the area to which it is applied. This makes it distract the nerves from the original irritation (such as joint pain in the case of arthritis).