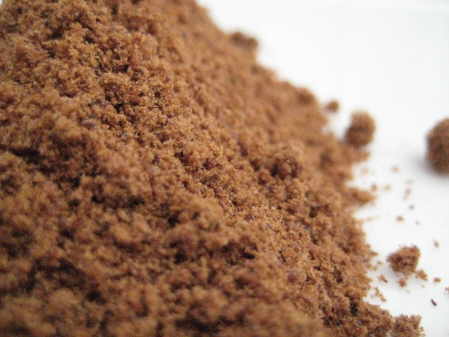 Mace is the outer coating the Nutmeg. The nutmegs (Myristica) are a genus of evergreen trees indigenous to tropical southeast Asia and Australasia. They are important for two spices derived from the fruit, Nutmeg and Mace which is either found in the form of Mace Blades or fine ground..

Nutmeg is the actual seed of the tree, roughly egg-shaped and about 20-30 mm long and 15-18 mm wide, and weighing between 5 and 10 grams dried, while Mace is the dried “lacy” reddish covering or arillus of the seed. 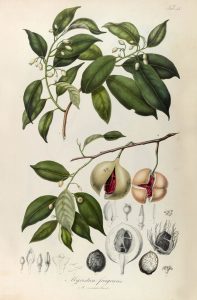