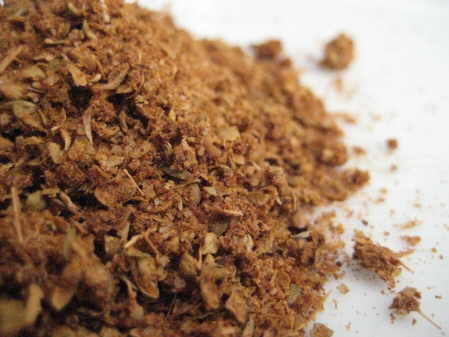 Fajita is a generic term used in Tex-Mex cuisine, referring to grilled meat served on a flour or corn tortilla. Though originally only beef, popular meats today also include chicken, pork and shrimp. In restaurants, the meat is often cooked with onions and bell peppers. Popular condiments are sour cream, guacamole, salsa, pico de gallo, cheese, and tomato. This seasoning is an aromatic and spicy mix to add flavour to the onions and bell pepper ingredients.

It has similarities with Taco seasoning:-

In Spanish, Fajita is the diminutive form of the word faja which translates to “belt” or “girdle” in English. Butchers along the Texas border with Mexico used the word to refer to the diaphragm muscle of a steer. Researchers found references to Hispanic ranch hands eating this cut of beef in a tortilla with condiments as early as the 1930s but the word Fajita is not known to have appeared in print until 1971, according to the Oxford English Dictionary.

Newspaper advertisements for Fajitas began appearing in regional newspapers in Texas in 1975.

In many restaurants, the Fajita meat is brought to the table sizzling loudly on a metal platter or skillet, with the tortillas and condiments accompanying it for the diner to assemble.