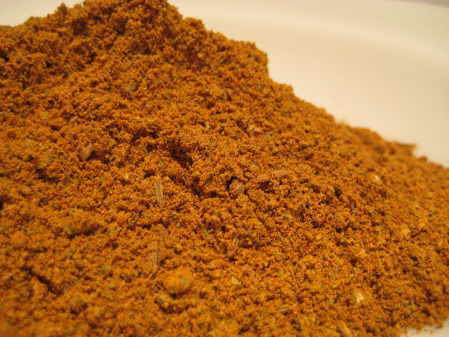 Shawarma is popular throughout the eastern Mediterranean and is sometimes called the Middle Eastern taco. It is like a meat filled wrap and originated in northwestern Turkey as döner kebab. It reached its current form and popularity with the Turkish population in Germany. The wrap is now found in a variety of forms around the world.

It is particularly popular in the Lebanon and Israel as well as large tracts of the Middle East and this is the spice mix used in its preparation.

It is usually served with lavish helpings of Tahini, Yoghurt based garnishes or garlic mayonnaise.

To make a Shawarma Wrap
Take 500 grams of lean minced beef (you can substitute minced lamb or finely shredded chicken if you prefer) and add two heaped teaspoons of Shawarma mix (or more to taste) and thoroughly mix these ingredients with a tablespoon of olive oil and an equal amount of lemon juice or vinegar and leave the whole to marinade for at least two hours in the fridge or preferably overnight.

Drain of excess fluid just prior to cooking and grill the meat or dry fry on a high heat until cooked (around 5 to 8 minutes).

Wrap a generous amount in a tortilla wrap or equivalent with chopped tomato, cucumber and spring onions finely sliced as well as finely shredded lettuce and even red cabbage, sprinkle a little more of this spice (sparingly like it was pepper) over the whole.

Serve with the garnish of your choice – mine happens to be a yoghurt based Coriander and Mint dip.