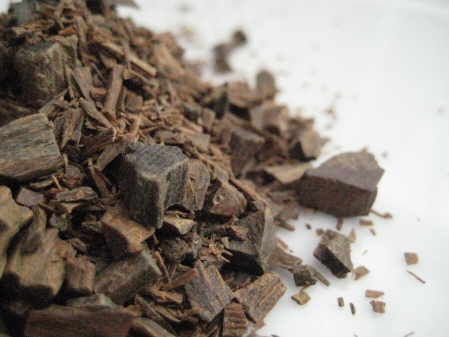 Also known as Lignum Vitae and Tree of Life

Guaiacum Wood is now on the CITES register if endangered specieds and whilst it is still possible but difficult to obtain it, internatinal shippers will not carry it.

Guaiacum Wood (Guaiacum officinale) also known as Lignum Vitae is an incredibly slow growing tree, varying in height from 15 to 50 feet. The trunk is usually crooked, with crowded, knobby, short-jointed, flexuose, spreading branches, about 4 feet in diameter; the bark is furrowed, spotted, and greyish.