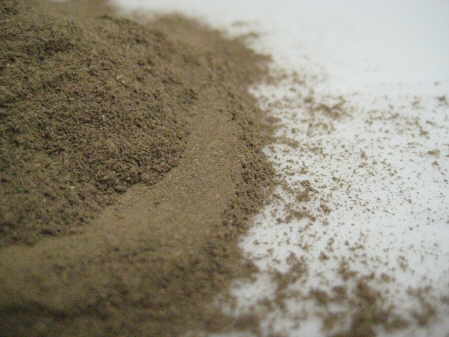 Lady’s Mantle Powder (Alchemilla vulgaris) and not “Ladies” mantle as it is all so often incorrectly referred to ( It is named after the Virgin Mary and not Ladies in general) and sometimes known as Lion’s Foot, Bear’s Foot. Nine Hooks and in Chinese as Shūnǚ de yībō.  Lady’s Mantle has been used for many centuries in Europe especially in Sweden and Germany where it has an enduring popularity.

Some experts consider Lady’s Mantle powder to be good for treating wounds due to its coagulation, astringent and styptic properties. Of course, in these instances the tea is applied topically. It has also been used as a mouth rinse after dental procedures to help stop bleeding. However, clinical data is lacking as no real trials have ever been undertaken as to its efficacy in this regard.