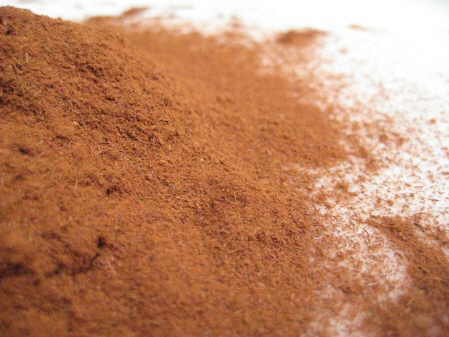 Logwood Powder is obtained from a tree in the legume family that has been, and to a lesser extent, remains of great economic importance. It is sometimes known as Bloodwood for its ability to produce a deep red colour as a dye and fromn its classification. It has a multitude of other parochial names such as Blackwood, Bloodwood Tree, Bluewood, Campeachy Tree, Campeachy Wood, Campeche Logwood, Campeche Wood, Jamaica Wood, or Logwood Tree

The tree grows throughout the Central Americsa and even led to the founding of the modern nation of Belize, which grew from British established logging camps of the 17th century.

The tree’s scientific name (Haematoxylum campechianum) means Bloodwood (haima being Greek for blood and xulon for wood). In fact, the name is also used for many other species, such the Spiny logwood and White logwood, that are not true logwoods at all but really belong to the genus Xylosma. Its always important, therefore, to check on the latin name for the wood to ensure you are buying the right one which, of course, is an important method to follow for almost all plant material.

The bark and leaves of the tree are also used in various medical applications. In its time, Logwood was considered a versatile dye, and was widely used on textiles but also for paper. The dye’s colour depends on the mordant used as well as the pH balance. It has a brownish hue in a neutral environment; a yellowish-red hue in an acidic environment and a blue to purple hue in an alkaline one.