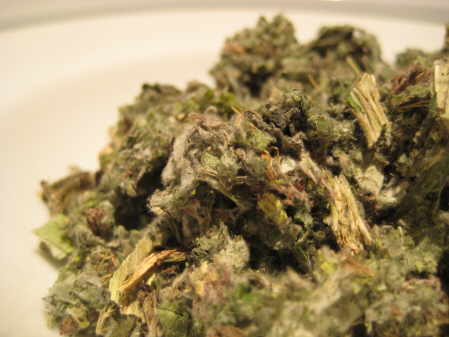 Artichoke Leaf (Cynara cardunculus) was introduced by the Dutch to England, where they were subsequently grown in Henry Vlll’s garden at Newhall 1530. The plants were introduced to the United States of America in the 19th century, firstly to Louisiana by incoming French immigrants and subsequently to California by incoming Spanish immigrants.

Artichoke Leaf (Cynara cardunculus) has been used traditionally in Europe to improve digestive and urinary tract health. The plant is usually used medicinally in an extract form or a tincture. Artichoke leaf extracts (ALEs) are currently very popular in Germany and Switzerland as a remedy for indigestion, and are available in the UK as over-the-counter food supplements.

The leaves in their raw form (this product) are rarer to find but still nevertheless useful in modern herbalism.