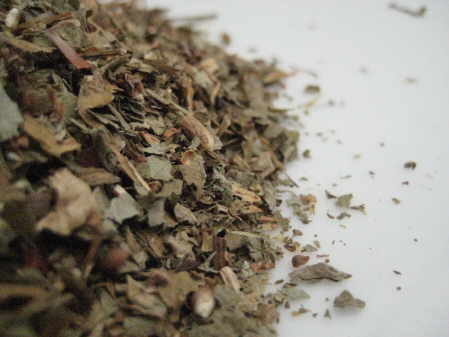 Figwort (Scrophularia ningpoensis) is collected as a whole herb in the wild state, while in flower in March and April, and then professionally dried ready for sale. It has become very expensie to obtain recently.

The name Scrophularia is derived from the disease scrofula which is a form of tuberculosis which, in medieval times it was thought that the touch of the monarch could cure! This was because several species of Figwort have been used to treat this disease.

Constituents and Traditional Uses for Figwort:-

Little is known concerning the constituents of the plant although the fresh plant probably contains traces of an acrid principle resembling or identical with Anemonin.

It is an astringent herb and is an old remedy for piles, for which it has recently been re-introduced into the British Pharmacopoeia, and is considered almost a specific. It is also used for skin conditions like Eczema and Psoriasis

Internally, the infusion of 60 grams in 1 litre of boiled fresh water is taken in wineglassful doses, and will in most cases be sufficient to effect a remedy.

It is also used externally, usually as an ointment, made from the bruised or dried herb with fresh lard (nowadays petroleum jelly is more often used than lard), applied locally night and morning, or in the form of poultices, fomentations, or in suppositories.

A very good ointment for external abscesses, etc. is made from Figwort, Elder Berry, House-leek, and Plantain Leaf.

The roots of Figwort are highly valued as a medicine in Cochin-China.