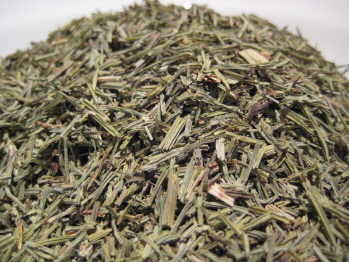 Horsetail Herb (Equisetum arvense) is a perennial plant and an ancient relic of primeval times – a link between modern plants and extinct orders. Many of our coal measures are composed of fossilized remains of immense equisetum-like plants – forests of which once covered the earth.

It is also called Marestail or Pipeweed, Mu Zei

It was once highly recommended by the Roman physician Galen, and many cultures have used horsetail as a folk remedy for kidney and bladder troubles, arthritis, bleeding ulcers, and tuberculosis since. The Chinese use it to cool fevers and as a remedy for eye inflammations such as conjunctivitis and corneal disorders, dysentery, flu, swellings and haemorrhoids.

Because of its content of silica, this plant is recommended when it is necessary for the body to repair bony tissues specifically as a result of some trauma or corporal decalcification. Silica helps to fix calcium, so that the body can store more quantity of this mineral and it is able to form stronger bones or tendons.

Horsetail Herb is one of the most diuretic species of plants. It possesses an enormous capacity to eliminate water from the body; recorded as increasing urination by up to 30%. This is due to the action of several components, among which are Equisetonin and Potassium, but calcium, magnesium, ascorbic acid and caffeic acid are also components of the plant.

As a diuretic it is particularly suited to metabolic or hormonal oedema during the menopause. The diuretic action is thought to be due partly to the flavonoids and saponins. Equisetum is restorative to damaged pulmonary tissue after pulmonary tuberculosis and other lung disease, as the silicic acid is said to stabilise the scar tissue.

It may be taken internally as an infusion to stop bleeding from ulcers or curb heavy menstrual bleeding. It may also be used as a gargle and mouth rinse for sore throat and bleeding gums or mouth ulcers. Externally it is a vulnerary and may also be applied as a compress to fractures and sprains, wounds, sores, skin problems and a gargle for mouth and gum inflammations.