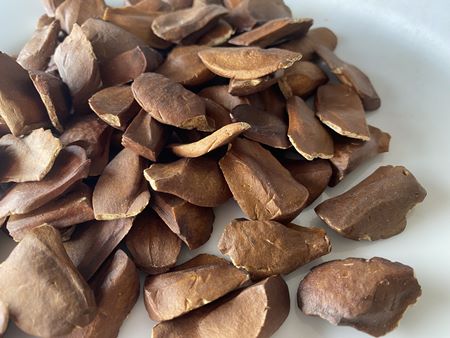 It is a species of plant in the Meliaceae family. It is one of three species that yields genuine mahogany timber (Swietenia), the others being Swietenia mahagoni and Swietenia humilis.  It is a native to South America, Mexico and Central America, but naturalised in the Philippines, Singapore, Malaysia and Hawaii.

The fruits are called “sky fruits” because of its upwards growth towards the sky. The fruits of mahogany can be measure to 40 cm in length, in a light grey to brown capsule. Each fruit capsule could contain 71 winged seeds.

There are traditional claims in Asia where it is mostly used of its ability to improve blood circulation, control blood sugar levels and reduce high blood pressure and improve minor skin alilments and the condition of the skin in general. It is cosidered to be antimicrobial, anti-inflammatory, an antioxidant , antimutagenic, and to have antidiabetic attributes