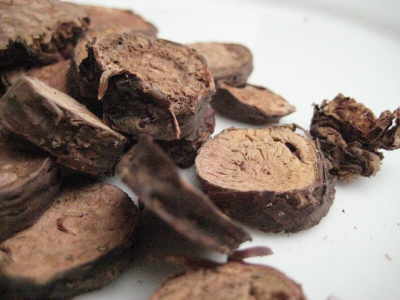 It is a perennial flowering plant in the family Crassulaceae.

It grows naturally in wild Arctic regions of Europe, including Britain, Asia and North America, and can be propagated as a groundcover plant.

The plant  can grow from 5 to 40 centimetres tall and has fleshy foliage with several stems growing from a short, and scaly rootstock. The summer blooming flowers have 4 sepals and 4 petals with a yellow to greenish yellow ihue  and sometimes tipped with red. Several shoots growing from the same thick root may reach 5 to 35 cm in height. Rhodiola Rosea is dioecious – which means there are separate female and male plants.

Although it has long been used in traditional medicine for several disorders, notably including treatment of anxiety and depression, there is little scientific evidence to verify these uses.

In Russia and Scandinavia, the herb  has been used for centuries as a tonic to help cope with the cold Siberian climate and stressful life. It is also used to increase physical endurance and resistance to high-altitude sickness, but the scientific evidence for such benefits is weak at best.The plant has been used in traditional Chinese medicine, where it is called hóng jǐng tiān.

Rhodiola Rosea cut root has NOT been standardised ( it is a raw plant material which is completely unprocessed ) so it is impossible to say with certainty if it contains a minimum of at least 3% rosavins and at least 1% salidroside as in the processed powder form.