View basket “Henna Red Powder – lawsonia inermis” has been added to your basket. 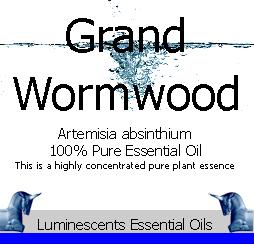 Grand Wormwood Essential Oil is derived from one of the family of Artemisia- (absinthium) and  is perennial herb which grows up to 1.5 metres (5 feet) tall having a whitish stem, and silvery-green, divided leaves covered with silky, fine hairs, and pale yellow flowers.