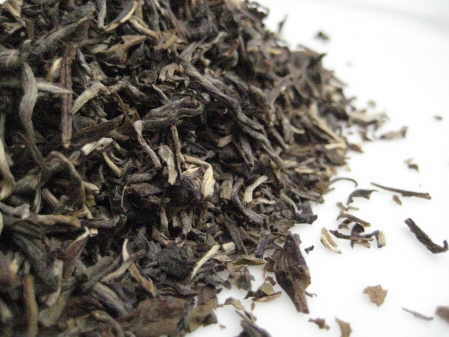 China Huang Shan Mao Feng Green Tea is a famous  Chinese Green Tea.  It is produced in south eastern interior  Anhui province of China. The tea is one of the most famous teas in China and can almost always be found on the China Famous Tea list.

The tea is grown near Huanhshan (Yellow Mountain), which is home to many famous varieties of GreenTea. Huangshan Mao Feng Tea’s English translation is “Yellow Mountain Fur Peak” which is entirely due to the small white hairs which cover the leaves and the end shape of the processed leaves which are thought to resemble the peak of a mountain. The best teas are picked in the early Spring before China’s Qingming Festival. When picking the tea, only the new tea buds and the leaf next to the bud are picked. It is said by local tea farmers that the leaves resemble orchid buds.