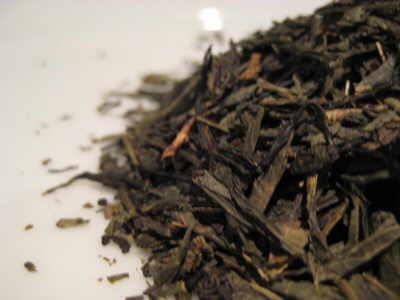 Japanese Cherry Leaf Tea is from flat young needles of Japanese Sencha which are flavoured with aromatic oils and flavouring to give the tea a delicious, almondy, wild cherry flavour.