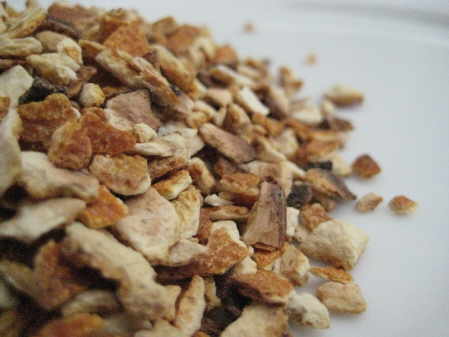 Coarse Cut Orange Peel (Citrus sinensis) is often used in culinary creations (especially herbal tea) to add or enhance flavour or add flavour but is also used in many cosmetic preparations. Not to be confused with the outer “zest” of the rind, this is the entire peel cut coarsely. The peel tends to soften when used in cooking or in baking leaving its characteristic flavour behind it but is robust enough to remain present.

Ancient Chinese medicine used Orange Peel as a treatment for colic and today it is often added to drinks to add a fruity fizziness. It is used to add flavour to tea, herbal or otherwise as well as its diverse and distinctive vitamin content.

It is often used in cosmetic preparations and is a very gentle “cleanser”  being astringent in nature.