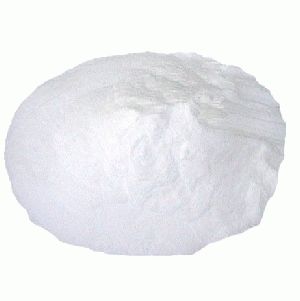 Citric Acid is a natural preservative because of its acidic (sour) taste to foods and soft drinks. In biochemistry, it is important as an intermediate in the citric acid cycle and therefore occurs in the metabolism of almost all living things. It also acts as an antioxidant. is found in a variety of fruits and vegetables, but it is most concentrated in lemons and limes, where it can comprise as much as 8% of the dry weight of the fruit.

Citric Acid is an Alpha-Hydroxy Acid and hence will have some exfoliant properties, although these are much weaker than Glycolic, Lactic and Malic Acids.

The discovery of citric acid has been credited to the 8th century Persian alchemist Jabir Ibn Hayyan (Geber) Medieval scholars in Europe were aware of the acidic nature of lemon and lime juices; such knowledge is recorded in the 13th century encyclopedia Speculum Majus (The Great Mirror), compiled by Vincent of Beauvais.

Citric acid was first isolated in 1784 by the Swedish chemist Carl Wilhelm Scheele, who crystallized it from lemon juice. Industrial-scale citric acid production began in 1890 based on the Italian citrus fruit industry.

In 1893, C. Wehmer discovered that Penicillium mould could produce citric acid from sugar. However, microbial production of citric acid did not become industrially important until World War I disrupted Italian citrus exports. In 1917, the American food chemist James Currie discovered that certain strains of the mould Aspergillus niger could be efficient citric acid producers, and Pfizer began industrial-level production using this technique two years later, followed by Citrique Belge in 1929.

In this production technique, which is still the major industrial route to citric acid used today, cultures of Aspergillus niger are fed on a sucrose or glucose-containing medium to produce citric acid. The source of sugar is corn steep liquor, molasses, hydrolyzed corn starch or other inexpensive sugary solutions. After the mould is filtered out of the resulting solution, citric acid is isolated by precipitating it with lime (calcium hydroxide) to yield calcium citrate salt, from which citric acid is regenerated by treatment with sulfuric acid.