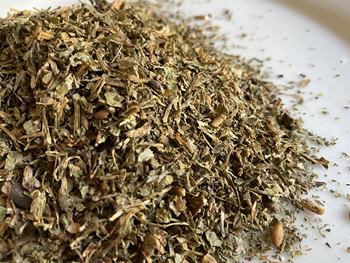 It is also known as the Lesser Celandine,  Small Celandine. English Figwort. Smallwort and Fig Buttercup.

It is listed as a noxious and toxic weed if eaten raw but is used medicinally both as an infusion and topically to treat, as its name suggests, Haemerrhoids. The old English name of Pilewort  is due to the fact that this plant has long been considered a cure for piles (haemorrhoids)

the herb is an astringent and is one of the oldest remedies for piles, for which it has recently been re-introduced into the British Pharmacopoeia, and is considered almost a specific.

Internally, the infusion of 2 teaspoons in a half a litre of boiled water and left for a few minutes to infuse can be taken in as a tea and is accepted to help with piles. It can (when cold) be used topically onto the affected area to alleviate itching and swelling.

It is also used externally as an ointment, made from the bruised and dried herb with, traditionally, fresh lard, although nowadays petroleum jelly is substituted as as a wholly acceptable substitute for the lard! applied locally night and morning, or in the form of poultices, fomentations, or in suppositories all of which are easy to make yourself.

Culpepper wrote ‘It is certain by good experience that the decoction of the leaves and roots doth wonderfully help piles and haemorrhoids; also kernels by the ears and throat called the King’s Evil, or any other hard wens or tumours.’

A most excellent ointment has been recommended for external abscesses, etc., made from Pilewort, Elder-buds, House-leek, and leaves of the Broad Plantain.