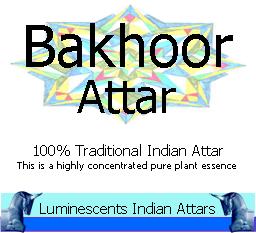 SCENT: Bakhoor Attar, has a penetrating woody floral and slightly spicy depth to it.

Bakhoor Attar, has a penetrating woody floral and slightly spicy depth to it. Containing wood from Mimusops elengi or the Indian Medlar (sometimes known as Spanish Cherry) and its heady rich flowers in Sandalwood.

Attars, and Bakhoor Attar in particular, by their very nature are expensive – why? The ingredients used are some of the most expensive in the world.

This Bakhoor Attar lasted all day and much of the night on me – Its strong, complex and long lasting.