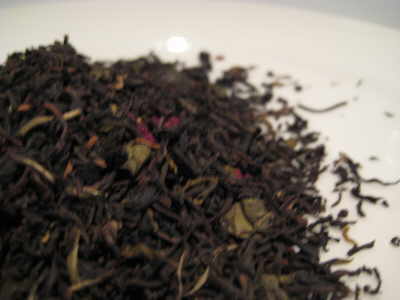 A delightful blend of China, Indian, Formosan and Ceylon teas, with the subtle flavours of Lapsang, Jasmine, Rose and Oil of Bergamot. With added Jasmine flower, Rose petal and Cornflower. A Savoy Tea.