View basket “Pomegranate Flowers – Punica granatum” has been added to your basket. 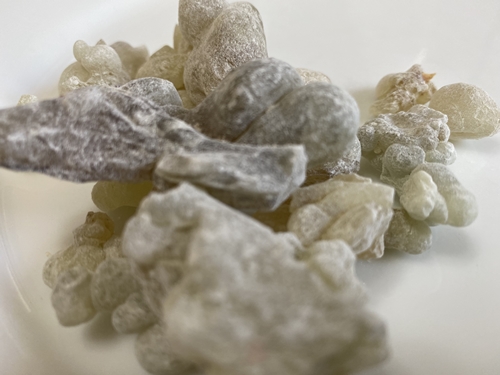 Frankincense Royal Hojari (Boswellia sacra) is greenish in hue and considered by many, along with Black Hojari, to be one of the finest of all the Frankincense in the world – from the botanically named Boswellia sacra species of Oman from where this product originates (but also found in the Yemen and in Somalia). It is quite unique, much treasured and extremely rare and difficult to get hold of. Most of the production is snapped up by merchants – up to 95% and the remaining 5% generally goes to the largest and richest Parisian perfume houses.