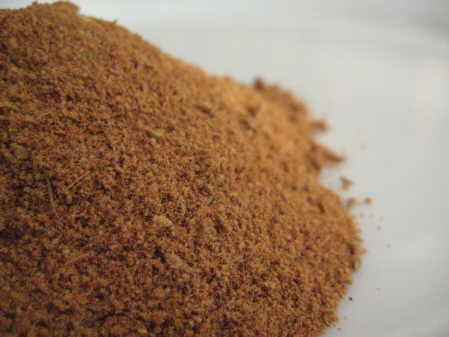 Cajun Spice is used in a style of cooking named for the Acadian French-speaking population in Canada who settled in Louisiana after being deported by the British and is considered a rustic additive.

Many people consider Cajun and Creole foods to be from the same origins. In fact Creole cuisine grew out of the the settling of New Orleans and Louisiana by European immigrants primarily from Spain and France. The style is heavily influenced by African, Caribbean, Italian and other immigrants.

Cajun recipes, on the other hand, come through the settling of the deported Acadians in rural southern Louisiana. Creole recipes are thought of as metropolitan city food and Cajun dishes are thought of as rural, rustic meals. Even though the origins are different there are similarities in spices and ingredients.

The two cuisines are similar enough that people think of them as the same and they do share common ingredients and flavours and similarly the seasonings are familiar and there are many different recipes for Cajun Spice blends. This is typical

Sprinkle the ground spice generously over ribs, steaks, chops, chicken, fish etc. or add to your stews & gravies. This spice is an all purpose spice and pleasing to the palate.

Use in all foods where you would normally use salt and pepper or in place of other seasonings.