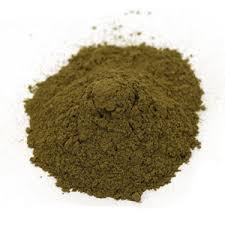 Lobelia Herb Powder (Lobelia inflata) is obtained from a species native to eastern North America and Canada all the way through to eastern United States of America. It is also known as Indian Tobacco or Puke Weed.

The powder is useful for those who wish to ingest the herb whole rather than in infusion by adding the powder to smoothies, milkshakes, yoghurts and even in cooking etc.