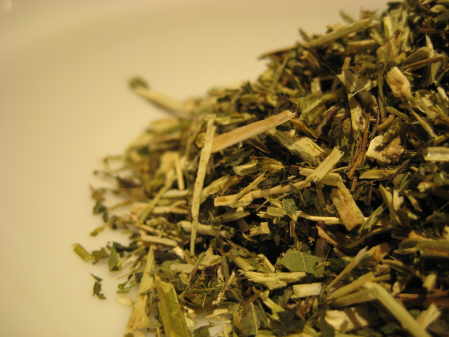 Bugleweed (Lycopus virginicus) is a perennial native plant of eastern North. America where it grows in low damp shady ground in rich moist soils from New York and Wisconsin south to Georgia and Texas. It is also known as Sweet Bugle, Water Bugle, Virginia Water Horehound, Gypsywort, or Gypsyweed