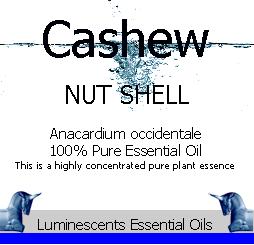 Cashew is a tree in the flowering plant family Anacardiaceae. The plant is native to northeastern Brazil, where it is called by its Portuguese name Caju (the fruit) or Cajueiro (the tree). It is now widely grown in tropical climates for its cashew nuts and cashew apples. Originally spread from Brazil by the Portuguese, the cashew tree today can be found in all regions with a sufficiently warm and humid climate. Vietnam is now the largest producer of cashew nuts with a one-third global share.

It is a multipurpose tree of the Amazon that grows up to 15 metres high. It has a thick and tortuous trunk with branches so winding that they frequently reach the ground. The trees are often found growing wild on the drier sandy soils in the central plains of Brazil and are also cultivated in many parts of the Amazon rainforest.

The tree produces many resources and products. The bark and leaves of the tree are used medicinally, and the cashew nut has international appeal and market value as a food. Even the shell oil around the nut is used and has industrial applications in the plastics and resin industries for its phenol content.

Then, there is the pseudo-fruit-a swollen peduncle that grows behind the real fruit that yields the cashew nut. The pseudo-fruit, a large pulpy and juicy part, has a fine sweet flavour and is commonly referred to as the “fruit” or the “apple.” Fresh or frozen cashew fruit concentrate is as common a juice product in South American food stores as orange juice is in the United States and Europe. It is very perishable, however; therefore, no fresh cashew fruit is exported into the United States or Europe from South America.

The nut is defined botanically as the fruit. It grows externally in its own kidney-shaped hard shell at the end of this pseudo-fruit, or peduncle. The nut kernel inside is covered with an inner shell, and between the two shells is a thick, caustic, and toxic oil called cardol. The nuts must be cleaned to remove the cardol and then roasted or boiled to remove the toxins before they can be eaten.